As part of our 70th Anniversary, we continue with spotlights on people who have shaped the BC Greenhouses that we are today.

Joanna DeJong, Accounts Manager of BC Greenhouse Builders, started her long career in 1997.  One of the few legacy employees who not only remembers the Hedley location in Burnaby but worked there too.  Joanna started as a Girl Friday of sorts but her introduction to the Heinen family started much earlier.

“My Mother tells the story about the Heinen family when they moved to Canada from Holland.  They came later than my parents and Henry was the oldest of 11 children,” says Joanna. “My family grew veggies in our backyard and any extra food went to the Heinen family at that time.” 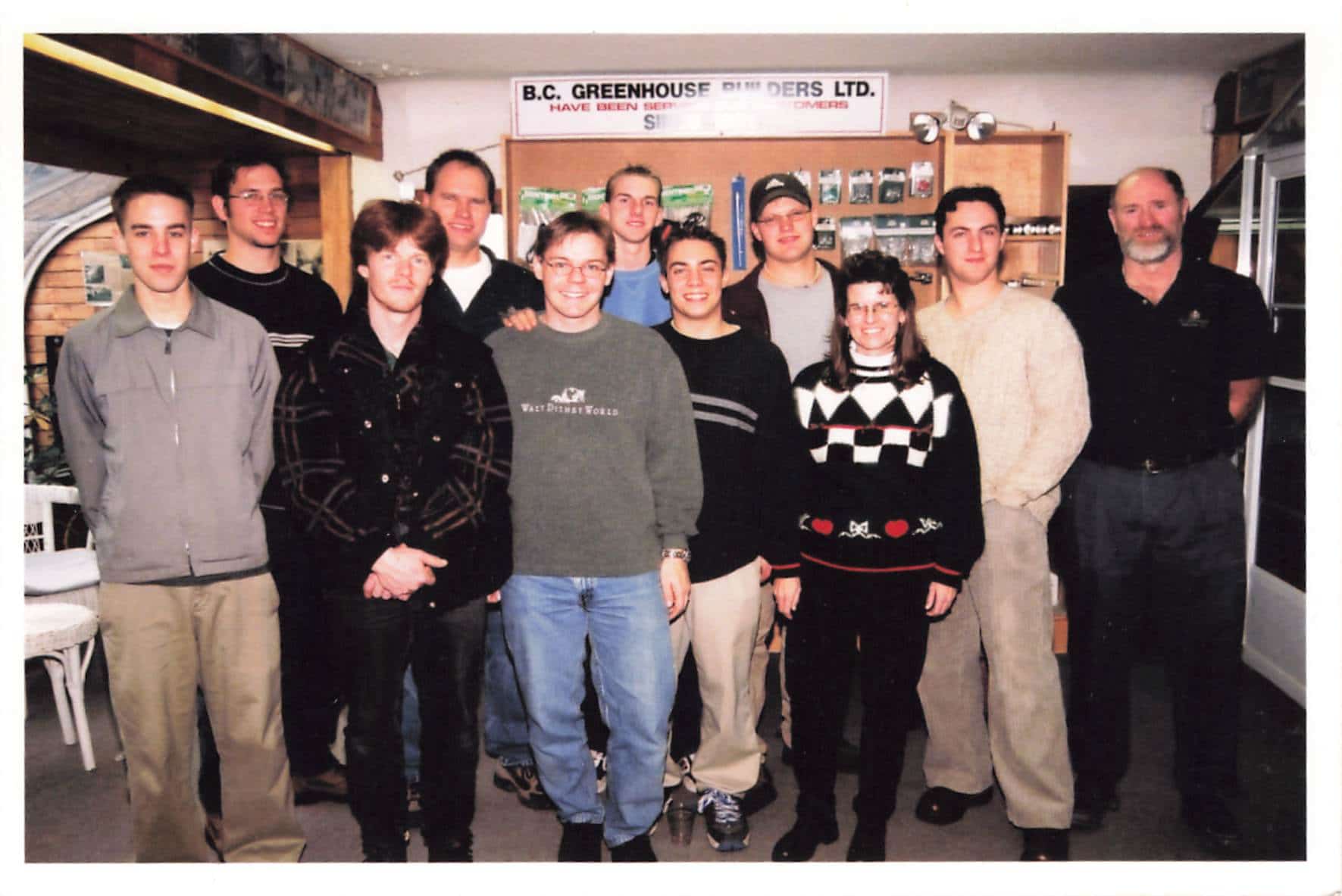 Being a part of the same church family, Joanna knew the Heinens well.  She was in the same class as Henry’s brother Martin for 12 years.

“When I saw the advertisement for the job in the paper, it didn’t say the company name but I knew that it was BC Greenhouses because of the address.”

Previously Joanna worked for Woodward’s for 14 years and when the company went bankrupt, she had various jobs after that.

“In 1996 I went back to school to take Microsoft Office courses and started at BCG not long after that,” says Joanna.  I ask her what tasks she did when she started.  She laughs and says everything. “Kyle and I worked in the front office. I was responsible for accounting, brochures, showroom sales, and reception.  I typed up quotes, cleaned the office, managed inventory, and helped Greta with events,” she says.  “There was no email at the time so everything was by phone.  Brochures were hand done and even hand-signed and placed in envelopes.  I was one of six employees.  Rick did all of the site visits.  Kyle handled sales. Greta handled marketing and PR and Henry was the accountant who took care of everything else.”

I asked her what it is like to bear witness to the growth of the company.

Amazing to think we average between 3000 and 4000 online requests a month now.

“When we moved to the Surrey location in 2001, those first few years were sometimes more than I could handle.  It got busier and busier.  We hired a full-time receptionist and Christine as a full-time salesperson and then I could focus on accounting and other things,” says Joanna. I asked her about moments that stand out.  The first website.  First internet sale. Learning how to process credit cards.

“You always remember the laughs. Lots of Kyle’s pranks.  I think about Rick and Henry and how. they are so family-oriented and they take care of their employees. You want to come to work because you enjoy your job.  You are free to laugh and enjoy your day with your co-workers,” says Joann. What’s one of your favourite memories, I ask.

“Kyle went to Kelowna and he loaded up the wood cedar benches to bring back to the shop.  On his way back, people were looking at him funny on the highway.  The exhaust pipe had been blowing on the wood benches and they were on fire for a good portion of the drive back to the shop. No-one stopped him and no one said anything.  Just a long trail of smoke that he never noticed,” says Joanna. “Too funny!’

I ask her what her role is now.  “Data management, financial statements and reporting and I am slowly winding down to retirement.  Right now, three days a week and maybe less this summer.”

This past year BC Greenhouses hired a Controller full-time as well as an Accounts Manager to take over Joanna’s position when she retires.  Kyle Thomas is a returning employee who worked with us many years ago and Kellie Hrechka has fit in perfectly.

“I like the idea of being semi-retired and getting back to travel,” she says.  Joanna and her husband Pete are world travellers and I have always enjoyed hearing their stories.  Consummate backpackers and hostellers, they like to see the world as it is and not from a resort.  I ask how many countries they have visited in the world. Twenty-three so far.

With four grown children (most of them have worked here at one time or another) and nine grandchildren, there is a lot to look forward to.  I can tell you that Joanna is one of the most genuine and kind people that I have worked with and is considered family here. She is always giving away fresh veggies from her garden and is the first person to bring a casserole or cookies when you are going through a hard time.  Her rich history and knowledge of this company makes her not just a legacy employee, but a true legacy. 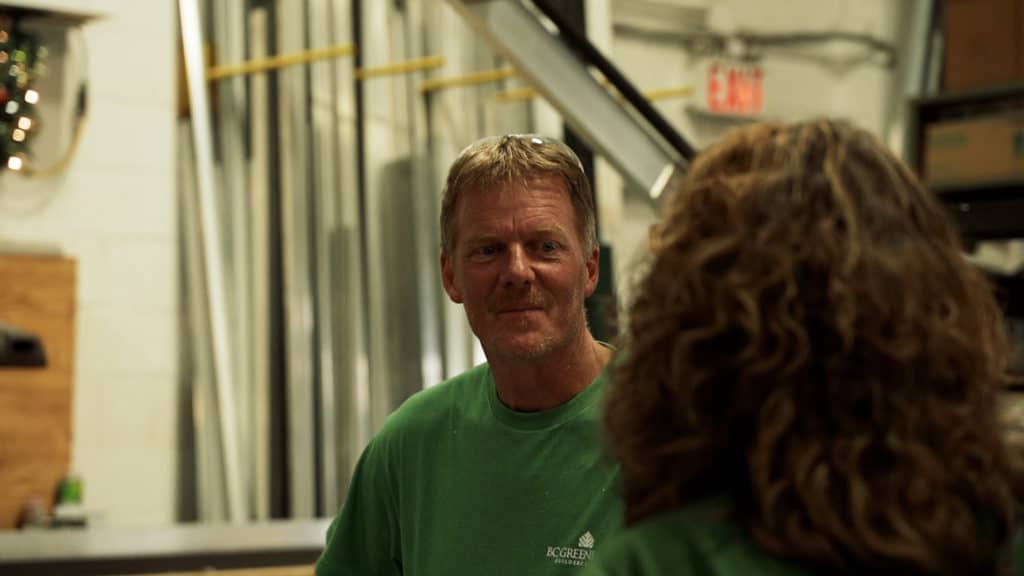 When it comes to custom greenhouses, Kevin is an amazing resource for the team at...