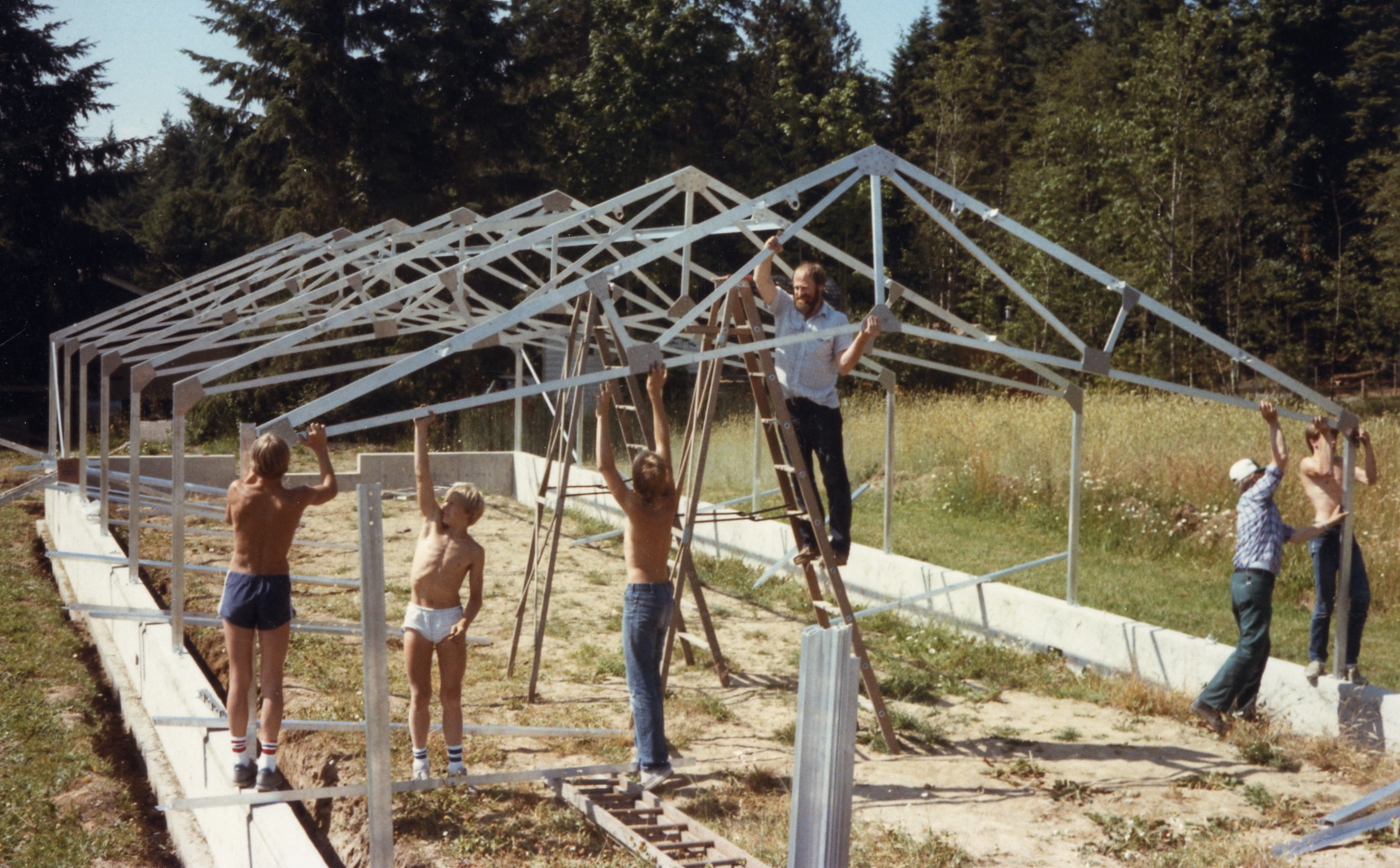 Wayne Heinen, the owner of Everlast Greenhouses, is the exclusive representative for BC Greenhouse Builders in the Okanagan and Kootenay region.

Recently I had the opportunity to sit down and talk with Wayne Heinen, owner of Everlast Greenhouses.  To say that Wayne grew up around greenhouses is an understatement.  Wayne, the youngest son of Henry and Greta Heinen, started hanging around BC Greenhouses and pitching in building cedar benches at nine years old. Wayne, a self-declared hyperactive kid, needed activity and something to keep him focused.  He remembers his parents telling him to ride his bike back and forth from east to south Burnaby to build benches for an hour a day.  Wayne and his three siblings Rick, Jay and Marie were one of the few kids at school with a steady stream of cash, he chuckles.  At 12 years old, the kids were encouraged to work at the shop in the summers.  Wayne says with a laugh that there may be been a few suspensions at school where his punishment was working at the shop for free.

By the time high school was over, Rick was working at BC Greenhouse full time, Jay went into the Canadian Army, and business was too slow to bring on Wayne.  He worked for a time at Prins Greenhouses, a commercial greenhouse company, located in Abbotsford.  The work was great but the hours were long and one night on his way home, Wayne fell asleep at the wheel.  Greta said ‘enough of that and started to train Wayne to work in the office doing marketing, brochures, customer sales and accounting.  He credits his Mom for setting the groundwork for his own successful greenhouse business. How was Everlast Greenhouses born, I asked him.  He laughs and says “Because I hate the rain.”  In 1996 Rick and Wayne bought into the business but there was always this thought of moving to the Okanagan in the back of his mind.  He talked it over with the family and agreed to help find his replacement and expand BC Greenhouses with an exclusive territory into the Okanagan and Kootenay region.  It took a year to find Kyle Exner, the General Manager of BC Greenhouses.  Eight months later, Wayne and his wife moved to the Okanagan and started Everlast Greenhouses with his buddy Rod.  He laughs and says he trained Kyle remotely with the old school ways and Kyle now schools him.

It took a year for the business to gain steam but then he got a call from a couple in Kelowna that was looking for a conservatory similar to the Amdega garden rooms.  He met with Leo and Norma and they showed him the Amdega catalog. It was very custom with extra-wide framing, high-end glazing and looked nothing like BC Greenhouses had done before.  He thought it through again and said “I think we can do it”.   Leo and Norma, who are still friends to this day, were thrilled to be the first garden room owners in British Columbia. After two years, Rod went on to start his own business but as I have said before BC Greenhouses is like a happy Hotel California.  You can check out anytime you like, but you can never leave.  Rod still works with Wayne regularly and offers remote technical support help for BC Greenhouse customers.

After many years of being away from his young family's on-site visits and installations, Wayne decided to bring in more help and hired Dylan Thompson who is now one of our lead installers on very large projects all over North America including The Drakestone Rooftop Conservatory in Dallas Texas.  As a side note, Wayne was integral in the project supervision and details for The Drakestone project as it required so many levels of consideration beyond craning materials to the roof.  This project was unique in that Wayne designed and coordinated a plan to reverse install the structure as the conservatory was being built to the outside edge of the building 20 stories up.  We are so lucky to have his depth of experience. So back to his story.  After working and growing his exclusive territory for 20 years, Wayne says he was just tired out.  He needed help in the office.  Dale Sapieha now handles all incoming inquiries and leads up the sales team while Wayne coordinates the large installation projects all over North America. What about the pandemic, I ask.  How has that affected you?  Wayne says it’s been an interesting year.  Sales are way up but the installations from all over North America have dried up while the border is closed.  We both know that when the pandemic is over, the requests will come in again but for now, we both agree that we feel lucky to work in this industry that still has momentum and that it’s a nice change to be close to home.

I often say that BC Greenhouses is only as strong as the sum of its parts and Wayne Heinen is not just an amazing part of our history, but our success. A big thank you to Wayne and his team at Everlast Greenhouses.  The future is brighter because of you! 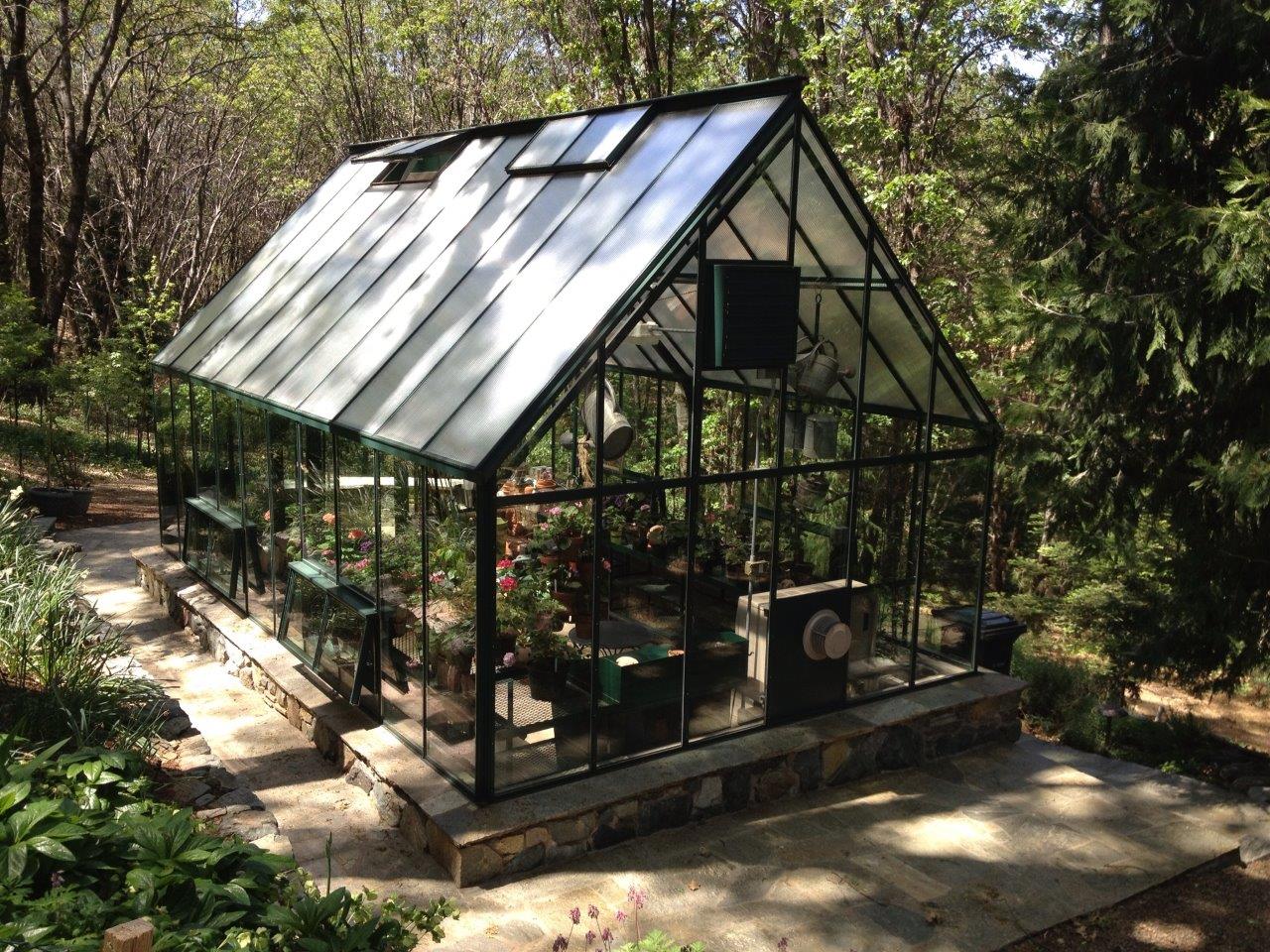 Do you have a greenhouse roof vent that is no longer opening or not opening enough?

Over the years, the piston moving through the seals gradually wears the seal material... Where can I find a used BC Greenhouse?

We are asked this question quite a bit. Typically people pass their used greenhouses down through family members or they are moved...